You might not need any extra reasons to get out of jail. After all, no one thinks that jail is an okay place to be. However, there may be more to the issue than you think. Read on and find out more about the importance of getting out of jail prior to your court date.

Many of those jailed don't have to sit behind bars until their court date arrives and that is because they are bailed out. Bail is a financial payment made to the court and the defendant also agrees to some conditions to follow while out on bail. What stops many from being released on bail is the expense. Bail can be thousands of dollars and not too many people have those sums at the ready. Those people, unfortunately, might not know about bail bonds. The simple addition of the word "bond" turns something impossible into the possible because bail bonds can get you out of jail at a small percentage of the full bail charged by the court. A $20,000 bail charge becomes a $3,000 charge with a bail bond. That example uses a 15% bail bond cost but that can vary from place to place. However, bail bonds are a lot less expensive than the full cost of the bail.

You Have a Case to Prove

The main event after any arrest is your court case, and it's difficult if not impossible to work on your case from behind bars. You need a criminal defense lawyer and you need to be able to speak with them privately whenever you want — something that is impossible from behind bars.

You Have Loved Ones to Spend Time With

It can be very difficult to know ahead of time how your case will turn out. You could, in some instances, be incarcerated after your case comes to trial or you plead guilty using a plea bargain. This is no time to be in jail. Being out on a bail bond means you can spend precious moments with your child, your spouse, your parent, or other loved ones.

Ready Things for What Happens Next

Unfortunately, people are sentenced to correctional facilities every day and being out on bond means you can prepare for that possibility. You should make arrangements for your children's care, pay bills ahead of time, move belongings into storage, and take other actions to prepare you and your family for that big life change.

Before you make the mistake of waiting in jail for your court date, speak to a bail bondsman agency in your area. You can then find out about the ease and affordability of a bail bond to gain you or a family member's release. 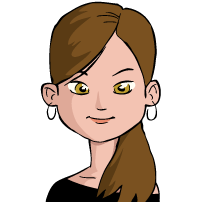 All of the home improvement projects that I have done over the years have been financed. I have never had the money in my accounts to pay for these improvements, so I had to find out about fair financing options to consider. I knew that the investment into these projects would come back to me when I go to sell the home in the future, but I didn't want to pay incredible interest rates on the loans. To get more information about financing home improvement projects, visit through my blog. Here, you will find information about lenders that will provide you with the best possible rates.